Home / Blog / Larimar - The Blue Stone of the Caribbean

Larimar - The Blue Stone of the Caribbean

Larimar, a relative newcomer in the world of jewelry, is a semi-precious stone only found in the Dominican Republic. The native peoples found it on the beach below the Bahoruco Mountain Range, and that, along with its beautiful blue color, led them to believe it came from the sea. In fact, it had been formed in the mountains themselves and then washed down to the beach over thousands of years. Miguel Mendez named the stone Larimar in 1974 after his daughter Larissa and the Spanish word for sea, or mar. The stone began to be mined from the mountain above shortly afterwards. There is only one Mina de Larimar in the world, and it is called Los Chupaderos.

Geologically speaking, the stone is a type of pectolite which formed within cavities of volcanic rock. Unlike all other pectolites in the world, however, Larimar contains copper substitutions for calcium. The copper is what gives Larimar its truly unique blue colors. 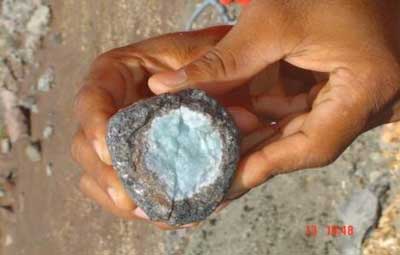 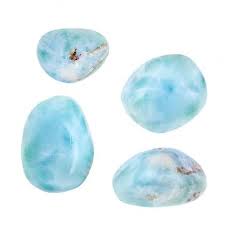 To us at The Crown Jewel, the attraction and intrigue of Larimar comes from each stone being truly unique. The variation and hue of blue and white patterning is endless. The stones receive no treatment to enhance their beauty, but are truly natural. Many value those stones which have the most intense blue color, or the highest contrasting tones within a single stone. Green and red are among the most rare colors that can appear in Larimar. Of course, the fun of owning a stone totally unlike any other in the world is that you can choose solely based on which piece speaks to you.

It should be noted that Larimar is a light-sensitive stone, and as such, should be kept out of direct sunlight for longer periods of time. It could also be stored in a drawer completely out of brightly lit areas. Exposure to light will cause the colors to fade over a period of time. It also only measures around 4.5-5 on the Mohs scale of hardness, so care should be used when wearing to not hit, drop, or abrade it. Do not wear while using harsh cleaning chemicals or sprays. 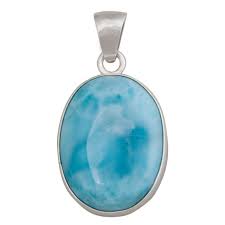 Larimar is said to bring serenity and relaxation, and can be used to soothe and calm anxiety. Much like a day lounging on the beach by the crystal blue Caribbean Sea, Larimar can bring a feeling of peace and tranquility to anyone wearing it. It is also thought to stimulate the Throat Chakra, clearing communication and providing courage to speak openly about emotions from the heart.